Simulation of active control allows us to predict how well a customer’s deformable optic may be corrected for environmental disturbances.

Such disturbances may be predicted by the results of a finite element analysis, synthetically generated functions such as Zernike polynomials, or test data from measurements of existing hardware. With such capability we can perform effective trade studies to improve corrected performance with a wide array of design variables. Such variables may include the locations and number of actuators, structural stiffness, or material selection. 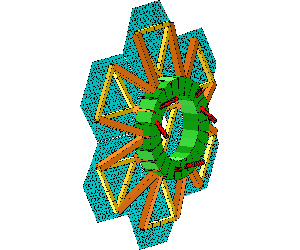 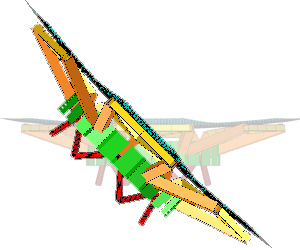 Figure 2: During operation the mirror will undergo changes in orientation with respect to gravity causing surface figure and phasing errors.

During operation the mirror will be subjected to changes in orientation with respect to gravity as shown in Figure 2. The resulting figure changes, plotted in Figure 3(a), are actively controlled by three displacement actuators and several force actuators per mirror segment. A trade study is run to determine an actuator layout which will generate less than 0.045 wave surface RMS over the entire array. Figure 3(b) shows the corrected surface with only three displacement actuators on each segment and has a best corrected figure of 0.25 wave surface RMS. With the inclusion of six force actuators for each segment the surface figure, shown in Figure 3(c), can be corrected to 0.040 wave surface RMS to meet the 0.045 wave budget.